The Midyear Mayhem Pvp Event is Back! 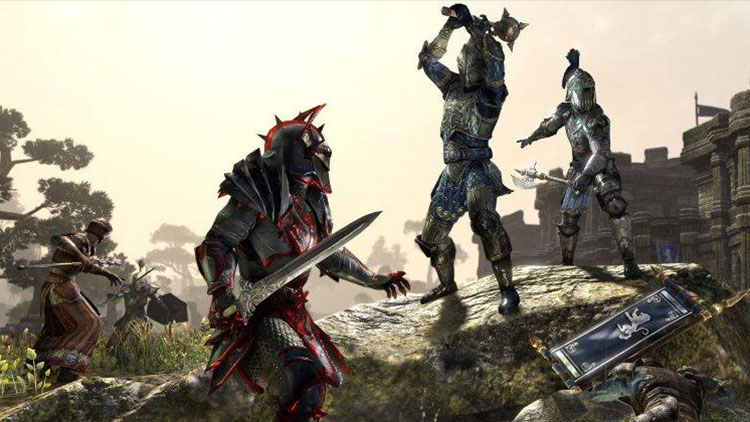 Glory awaits those who fight for themselves or their Alliance during the Midyear Mayhem PvP event. Celebrate the legendary warrior Pelinal Whitestrake and earn double XP, Alliance Points, and bonus rewards by taking part in ESO's PvP game modes!. TThe Midyear Mayhem event begins on Thursday, July 26 at 3:00PM BST and will end on Monday, August 6 at 3:00PM BST. During this time, you can win honor and bonus rewards by following the steps below:

1) Visit the in-game Crown Store and acquire and activate the “Details on the Midyear Mayhem" ticket
2) Travel to your Alliance War faction's main gate in Cyrodiil using the Alliance War menu
3) Find the NPC called “Predicant Maera" and pick up the quest “Midyear Mayhem"
--Note if you already completed the quest last year, you won't need to do it again
4) Complete the quest to receive your Scroll of Pelinal's Ferocity and a Pelinal's Midyear Boon Box
5) Use the scroll to enjoy a two-hour, 100% buff in the Alliance War, Imperial City, and Battlegrounds to:
--Alliance Points gained
--XP gains for PvP player kills

You are able to keep the Scroll of Pelinal's Ferocity and re-use it for the duration of the event. If you already completed the quest in last year's event, the scroll you received then will work, too. If you previously earned the scroll and misplaced it, don't worry, you can pick up another from Predicant Maera for 100 gold or 100 Alliance Points.

To ensure you're able to take the field, we are opening up two additional 7-day CP Alliance War campaigns during the event, and have additional ones ready to go if needed. There's never been a better time to fight for control of the Imperial province.